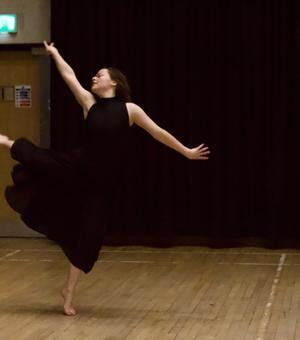 I am a DPhil candidate looking at dancers in post-war Japan. The ideas I investigate are their intellectual views on the concept of body (especially nikutai 肉体, or flesh body) and movement. I look at how these views allowed dancers to reframe post-war Japanese society in a way that allowed them to live more authentically in a world that was becoming increasingly codified and consumerist. I also study how they addressed problems they saw regarding bodies were treated according to their perceived ability and gender. I’m interested in how these ideas changed throughout time and space, beginning in the 50s in Japan and moving out to appeal to bodies the world over by the end of the century.

I primarily focus on ankoku butoh (暗黒舞踏) an avant-garde dance conceived in the late 1940s, and Noh（能）, a performance art usually considered to be part of Japan’s ‘traditional’ culture, but which in the mid-twentieth century contained many of the same revolutionary ideas as their avant-garde cousins.

Many of the ideas I discuss come from dancer-thinkers who are omitted from our usual narratives, many of whom were women. These include Tsumura Kimiko, Motofuji Akiko, Ashikawa Yoko, Nakajima Natsu, and Kobayashi Saga.

Whilst researching any kind of movement, I also think it is essential to move, so I also practice, choreograph, and teach for various dance projects around the world. Most recently, I am training with dancers Nakajima Natsu and Tsumura Reijiro in Tokyo, and in 2020 I worked with Oxford-based butoh company to produce a symposium on the limitation of the dancing body, which you can find here: https://www.torch.ox.ac.uk/breaking-free-a-symposium-on-the-dancing-body

Organiser of Broken Wings: A Symposium on the Limitations of the Dancing Body. August 2020.